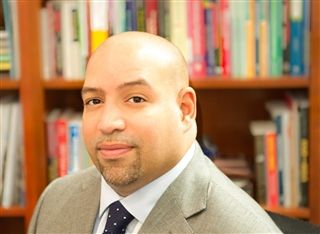 NYC Heads of Schools Speak Out Against Gun Violence

2/26/2018
The School at Columbia's Head of School Amani Reed joined more than 100 fellow Heads of School in the New York City metropolitan area and across New York State in signing an open letter to the U.S. president and legislative leaders in support of gun reform legislation to make schools safer. The letter was published as a full-page ad in the New York Times on Sunday, February 25, 2018.
The full text of the letter is below.

As Heads of Independent Schools in the New York City metropolitan  area and across New York State responsible  for the education and physical safety of tens of thousands  of children,  we are heartbroken over the recent massacre  in Parkland,  Florida. We stand in support of the Parkland survivors and their efforts to effect change.

It was five years ago last month we wrote following the massacre at Newtown, Connecticut.  Sadly, we have seen too many school shootings since cut short too many innocent lives with little to no change in gun laws. But the horrific dimensions of the Parkland tragedy are so profound that we are compelled to rise up again and say, "Never Again!" As the recent events in Parkland and the scenes of other mass shootings teach us, the easy and virtually unrestricted availability of highly lethal, semiautomatic assault weapons and ammunition places our schools, most especially our children, in jeopardy.

We implore you, Mr. President and our national legislative leaders, to do everything necessary to stem this tide of senseless gun violence. Address, and ultimately deny, unrestricted access to weapons and ammunition that have no legitimate sporting, recreational or protective purpose. Recognize that the proliferation  of military-grade guns and ammunition leads to more gun violence and more gun deaths. The statistics are compelling and cannot be ignored.

The United States leads the world in the number of guns per capita; it leads in homicides, suicides and accidental deaths involving guns; and it leads the world in the number of children killed by guns, every year. In these grim statistical categories, no nation comes close to our level of violence and gun-related deaths. The United States of America can and must do better. Now is the time to take action. As educators, we believe in the United States Constitution.  We also believe our country need not choose between the protection of responsible gun ownership and the prevention of gun violence and that both can be achieved through thoughtful and forceful legislation.

Never before have so many Independent School leaders in our region spoken with one voice on behalf of a single issue. We are moved to do so out of a duty to our students and all of our nation's children and we find inspiration in the voices and actions of the students who are refusing to go about business as usual. We stand ready to help in this effort, and encourage our colleagues leading schools across the country to join us. Above all, we demand that reason and compassion prevail.

We are Heads of schools serving children from nursery through high school. We are Republicans, Democrats and Independents. We are parents and grandparents, aunts and uncles. We are responsible for the education, safety and welfare of children each and every day, and we know the time for action is now.

The School at Columbia University